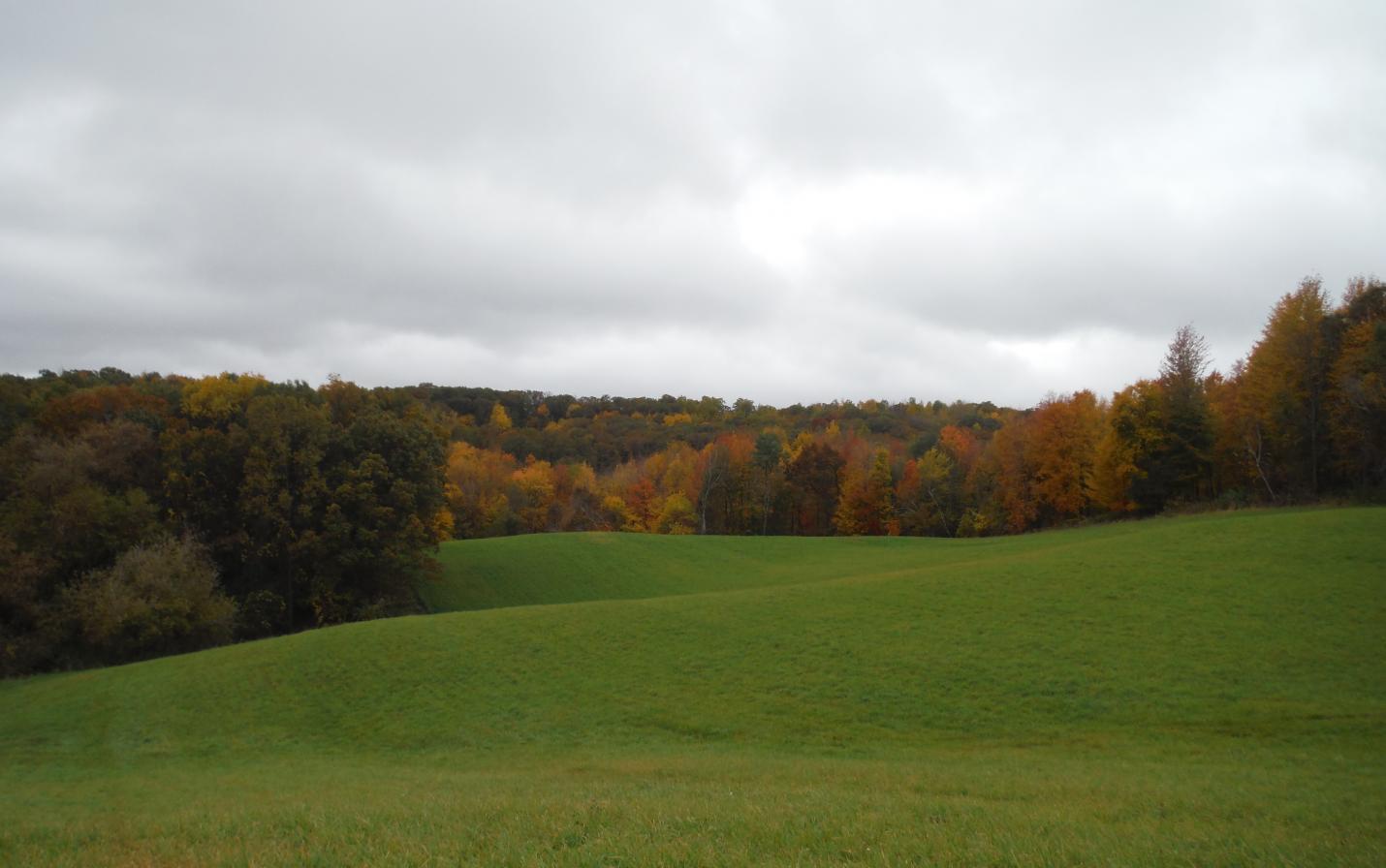 Werner and Diane Haas have been recognized for their conservation achievements with the 2018 Jackson County Conservation Farmer Award and the accompanying Warren H. and Ethel M. Printz Conservation Award. Their farm has two separate locations. The main farm is located along both sides of East Jackson Road while additional cropland is along the south edge of County Highway P, all in the Town of Springfield. The first property purchase of 160 acres was completed in 1972 and the second purchase of 117 acres in 1975. A 40-acre parcel was later sold. There is now approximately 134 acres of cropland, 90 acres of woods, with the remaining acreage being wetlands and building site.

The Haas family moved to their property from Columbia County, Wisconsin in 1979. Werner, Diane and their two girls, Renee and Tina, began raising sheep on their farm. Werner also worked at the Trempealeau County Health Care Center while farming for many years. From 1979-2016 sheep were kept on the farm with as many as 280 ewes and 500 lambs present. There were also beef cows and calves on pasture and pigs kept in a building at the farmstead. Crops were grown to feed the livestock.

There have been several conservation practices installed and utilized on the farm over the years. Contour strip cropping, crop rotation, no-till crop planting, grassed waterway maintenance, and sheep using intensive grazing systems.  By using contour strip cropping and hay being planted on the farm crop yields, earth worm populations, nitrogen and soil porosity all increased. The Haas family believes that all of these conservation practices have improved the soil structure, soil permeability and soil water-holding capacity. All of these soil health improvements also have helped prevent erosion and made their sandy soils more productive along with decreasing weed competition. Werner believes that it is time to lessen our area’s cropland erosion levels by placing marginal land in pasture or permanent hay ground.

In 1993 the farm was one of the first in the area to start using intensive grazing for sheep. Working with local agency staff, the Coulee Graziers and their own training the grazing helped transition their sheep raising system and marketing to become more successful. The Haas farm has hosted eleven pasture walks and talks demonstrating their intensive grazing system while sharing their experiences with others. The Wisconsin Sheep Breeders Association, the University of Wisconsin Sheep Department, and United States Department of Agriculture have held field days and training at their farm to help educate people from Wisconsin and Minnesota about the intensive grazing program being implemented on the farm. Agriculture papers have published seven different articles over the years about the Haas sheep production methods. The Haas family has helped provide education to 16 different beginning sheep farmers over 30 years with 13 of them continuing to raise sheep.

The pasture walks and intensive grazing led to many different connections in the sheep-raising business. Those contacts helped the Haas family develop a direct-market system of selling commercial ewe lambs that also contributed in farm earnings to a diversified mix of sheep farmers.

In addition to their conservation farming and sheep production education efforts, Werner and Diane worked with the Mississippi Valley Conservancy to develop an agreement to enroll their properties into a land trust that will keep the property in farmland in perpetuity. The land trust agreement began in 2016.

About the Warren H. and Ethel M. Printz Conservation Award

The Warren H. and Ethel M. Printz Conservation Award was established in 2001 to promote soil and water conservation practices in Jackson County.  The cash award honors the Land Conservation and Agriculture Committee (LCAC) selected Conservation Farmer of the Year.

Warren and Ethel owned and operated the family farm in Irving Township for over fifty-five years.  Together they purchased the farm, in 1945, where Warren was born.  Warren also worked as Jackson County Conservationist for more than two decades.  Their faithful stewardship of the soil, air, and water stems from a belief in the “moral responsibility” we collectively must exhibit to assure preservation of this richness for future generations.  The family’s efforts were recognized by many awards over the years.

Before the family farm was sold in 2001, Warren, Ethel, and their children Philip and Virginia decided to provide a living legacy recognizing their family’s firm belief that conservation begins at home by honoring the Jackson County Conservation Farmer of the Year.  Philip and Virginia are continuing this award in honor of their parents.