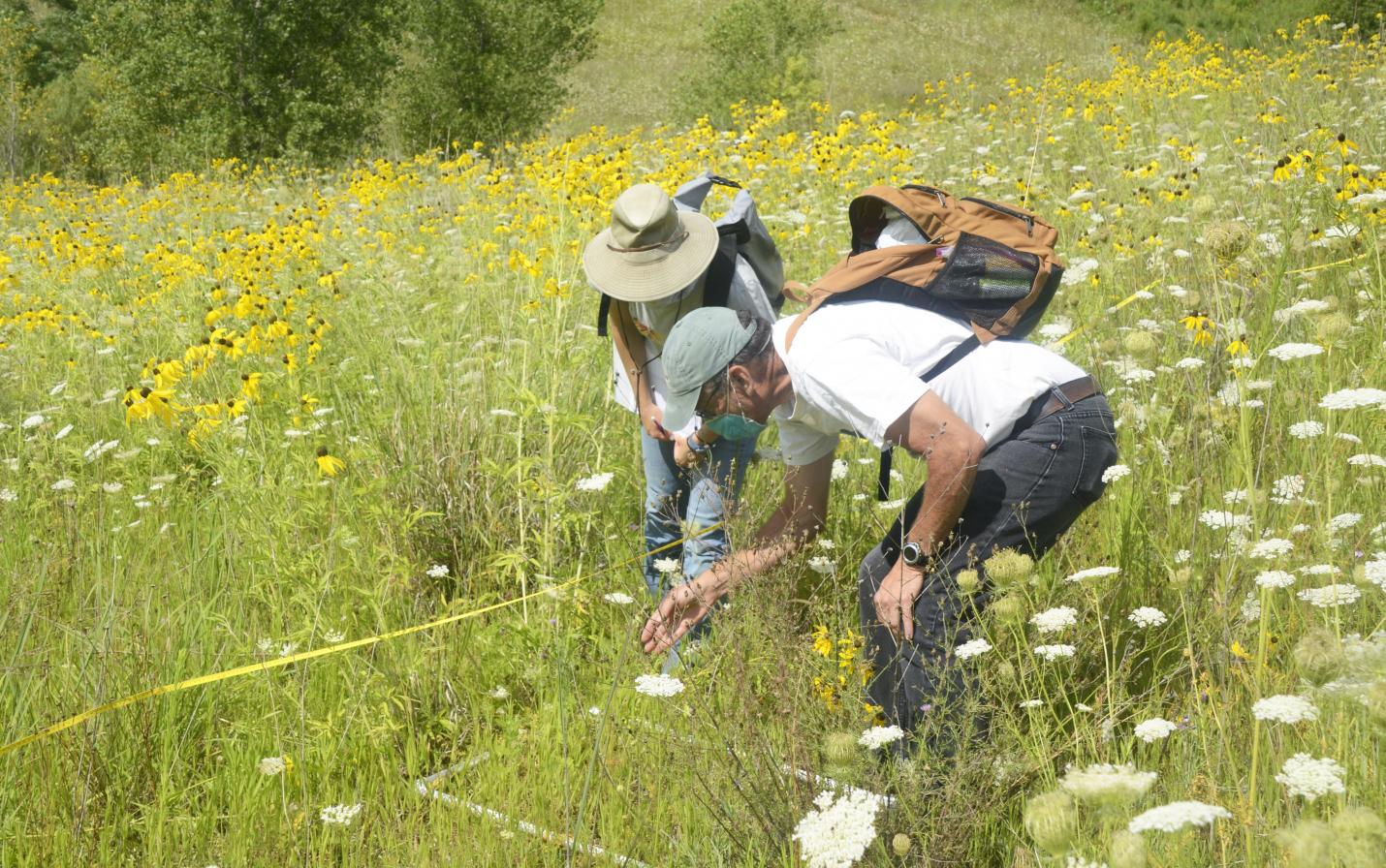 Everyone loves monarch butterflies. These amazing insects inspire awe and admiration with their incredible journey of migration from Mexico and back each year. Some of those monarchs end up in Wisconsin.

Sadly, the monarch population has been declining over the last two decades. The average size of the population in the last decade is only roughly a third of the average size in the ‘90s. This decline is largely attributed to habitat loss, degradation, and fragmentation, but there are other threats, including pesticide use and climate change. We’ve lost significant amounts of milkweed and floral resources across the landscape due to changing agricultural practices and development. Scientists estimate that in the Midwest alone, roughly 860 million milkweed stems have been lost since 1999.

On Monday, August 3, a team from the Monarch Joint Venture (MJV) studied a small patch of bluffland that’s owned and managed by the City of La Crosse and protected by the Conservancy – a place that some monarchs visit annually. Catherine Worley and Meghan Slocombe from MJV made up this year’s team. They found the area to study using GPS coordinates, carefully staked out two 200-by-50-meter plots, and meticulously counted the number of monarch butterflies, caterpillars, and eggs found on their host plant, the milkweeds. They then counted the number of milkweed plants as well as all the other surrounding prairie flowers and recorded them to give a complete description of this postage stamp of habitat.

This is the second year this specific plot of land has been studied with the hope that this data from the protected La Crosse Bluffflands combined with that from many other sites will help researchers in their efforts to support and save this wonder of nature. On the plots they surveyed, they observed 32 blooming and 15 non-blooming plant species. On the 35 stems of milkweed surveyed, the team saw 8 monarch eggs, and two first instars (larvae). During the entire duration of their site visit they saw three adult monarchs.

It is important to note that this site has not always been such inviting habitat for monarchs. In 2017, a pollinator prairie was planted by the City of La Crosse, with support from the U.S. Fish and Wildlife Service, Wisconsin DNR, Friends of the Blufflands, and Mississippi Valley Conservancy, with a mix of native prairie flowers and grasses, turning a barren quarry into a teeming oasis, providing much- needed habitat for monarchs, birds, and many other species. It is hoped that this prairie and others like it along with data collected by MJV, with funding from the National Fish & Wildlife Foundation, will help save the magnificent monarch. Thank you MJV for all your efforts!

In the photo above, Catherine Worley of Monarch Joint Venture and Jon Rigden of Friends of the Blufflands survey plants on plots of land being studied in the La Crosse Blufflands for the second consecutive year. The ongoing study includes locations in ten Midwestern states. 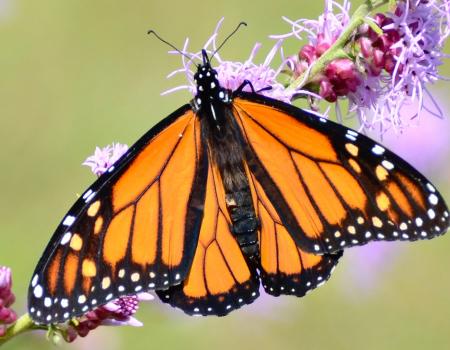 Monarch Joint Venture is a partnership of federal and state agencies, NGO's, and academic programs that are working together to support and coordinate efforts to protect the monarch migration in the lower 48 states of the U.S.A.
MJV website