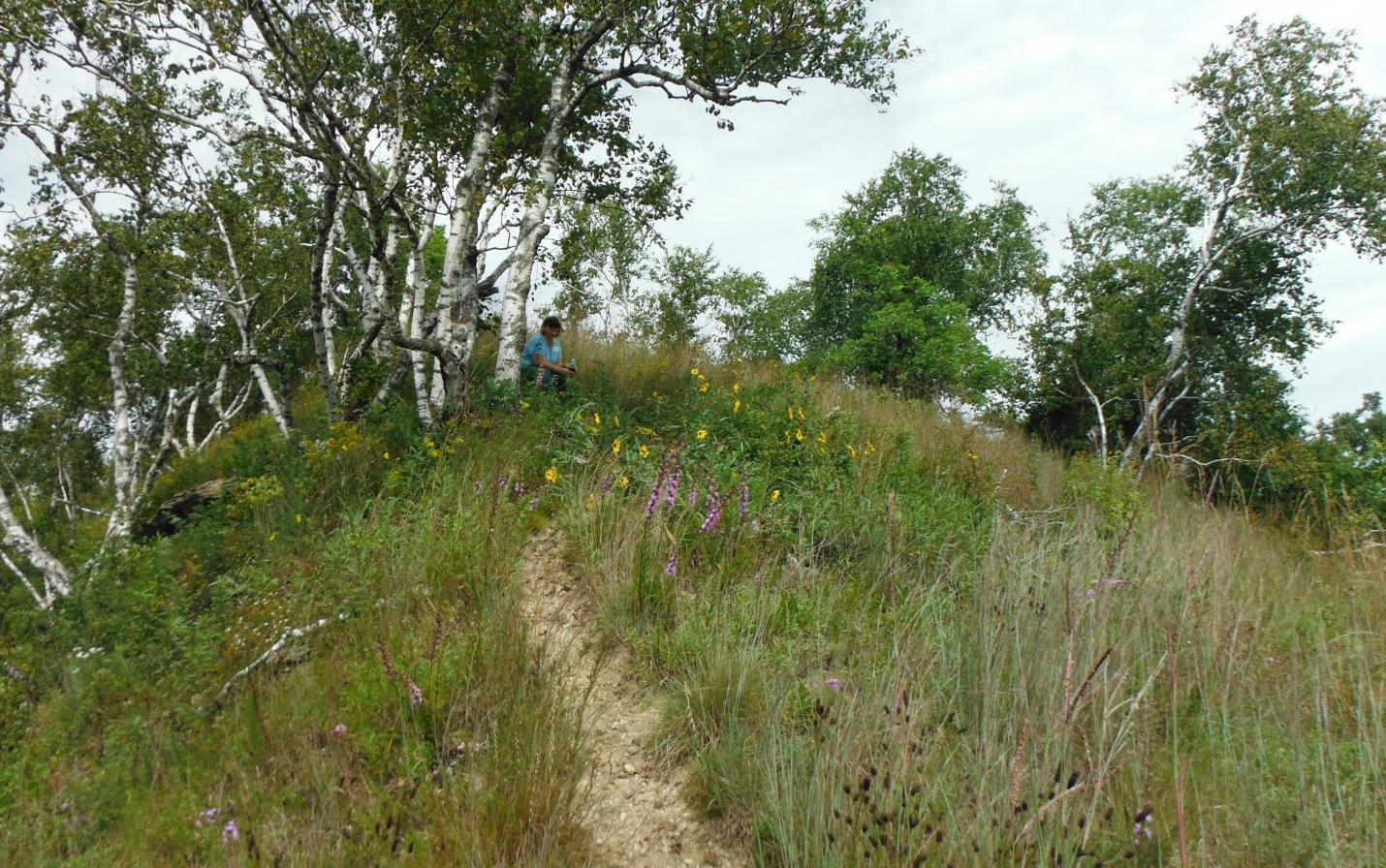 LA CROSSE, WI – Another piece of the Onalaska Greenway is in place now that Mississippi Valley Conservancy has transferred title to the City on 51 acres of woods and prairie known as Savanna Oaks.

The property was acquired by the Conservancy in 2009 as part of the Onalaska Natural Lands Protection Program – a program that enabled the Conservancy to negotiate, arrange funding, and acquire and place permanent protection on properties prior to turning them over to the City. The greenway is the network of trails and natural lands that the City is protecting and connecting to enhance the beauty and recreational benefits for its residents and visitors.

The transferred property is contiguous with Greens Coulee Park and includes hiking trails through woods to bluff-top prairies with views of the Mississippi River Valley. As part of the transaction, Mississippi Valley Conservancy now holds a conservation easement on the land in perpetuity to ensure the habitat remains protected.

Savanna Oaks is part of an 82-acre package protected by the Conservancy. The 31-acre Elmwood Partners Tract was purchased in 2010 using a mix of funding including the state’s Knowles Nelson Stewardship Program and transferred to the city in 2015. The land is managed as natural habitat and is part of the larger city Greenway Project with a connection to the Greens Coulee Park. Hiking and other non-motorized uses such as cross country skiing, snow shoeing, and bird watching are encouraged.

“This is really significant,” said Onalaska Mayor Kim Smith, who grew up exploring Onalaska’s blufflands in her youth. “The reason people love to be here is the beauty of the blufflands. This partnership protects that for future generations.”

Dan Wick, Onalaska parks and recreation department director, said that the City continues to work with the Conservancy on adding more land to the greenway as it becomes available. Completion of the plan will take many years, he added.

Wick said that the only change in management on the transferred land is that it will become part of the City’s Urban Deer Management Program and, like Greens Coulee Park, hunters will be required to schedule a time to bow hunt.

The City’s greenway of natural lands and trails is part of the Onalaska Comprehensive Plan, which includes goals to provide, improve, and enhance public use and enjoyment of the community’s natural resources.

Earlier this year, the land received some much needed care as the Conservancy and the City partnered with volunteers for a program called “Naturehood Connections.” The program engaged local residents and visitors in helping with habitat restoration. Invasive honeysuckle and buckthorn were cleared from the rare and diverse prairie habitat on the property, helping to provide a healthier and more resilient ecosystem.

Abbie Church, conservation director for the Conservancy, said, “This is a great example of a public and private partnership; a local municipality recognizing the importance and value of land conservation.”

She added, “We (Mississippi Valley Conservancy) recognized decades ago that we could never protect land at a meaningful scale with private money alone. Public funding for conservation has been a deeply bipartisan effort that recognizes the interdependence of community, people and nature. Mississippi Valley Conservancy and the City of Onalaska leaders jumped at the opportunity to work together, first executing the Onalaska Natural Lands Protection Program agreement in 2009, and renewing it in 2015. The program was a direct result of citizen input during the city’s comprehensive planning process (in 1999) and the value of and importance of protecting the natural scenic beauty of the city.”