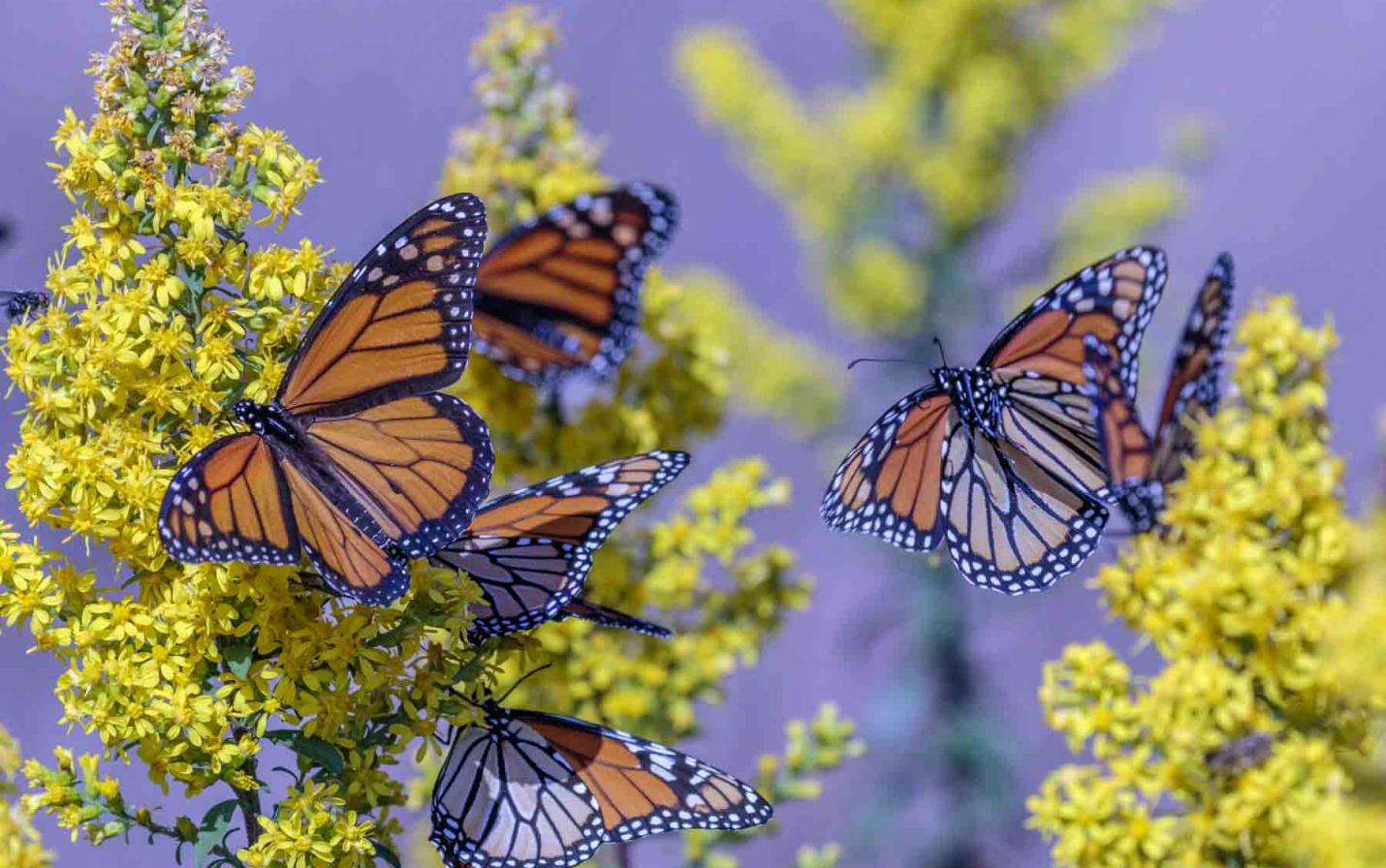 An excited teacher met me at West Salem Elementary last Tuesday morning. Over the previous weekend she saw a monarch roost in some fir trees near her house while she and her family were on a walk! She even captured a photo and some video.

Here in the Driftless Area of Wisconsin, we are just past the peak of monarch migration season. Monarch butterflies migrate alone and only during the daylight hours. At night, when temperatures cool off as they do in the early fall, they need a place to rest safely as they are more vulnerable when they cannot fly. Monarchs that cluster together are called a roost. The number of monarchs in a roost varies from just a few to hundreds sitting high on the limbs of trees. Cedar, fir, and pine are common species of trees Monarchs use for roosts. Scientists hypothesize that roosts are an anti-predation tactic this butterfly employs. In other words, there is safety in numbers. For this reason, roosting behaviors are seen as critical to the survival of migrating monarchs.

You might be wondering where you could see a monarch roost. Roosts are more likely found in certain habitats, but are not consistently found in the same place, varying from year to year. Roosts are more likely to be found near nectar sources, in trees that are downwind, and near a major flyway. Flyways are typically near valley streams or depressions that provide a cool moist environment. The upper Mississippi River is considered a major flyway. For these reasons, we have monarch roosts in our area! Typically, most roosts only last a night or two. After all, there is a long journey ahead to reach Central Mexico for overwintering. This migrating or “super” generation of Monarchs, as they are sometimes called, will rest in the Oyamel Fir forest of Mexico until next spring. Then they will head north again, laying eggs along the way.

Most of the information known about Monarch roosts has been compiled from reports by Citizen Scientists. These are everyday people, like you and I, who observe natural events such as migrations and report them to a database. Journey North has such a database and can be found at www.journeynorth.org. As a citizen scientist and environmental educator, I have reported observations to this site since 2006.  The information reported on roosts helps scientists that study monarchs know more about the pathways and pace of migration.

Despite being an active monarch conservationist for almost twenty years, I have yet to see a roost. If you are lucky enough to spot one, like the teacher in West Salem, our team at Mississippi Valley Conservancy would love to hear about it!