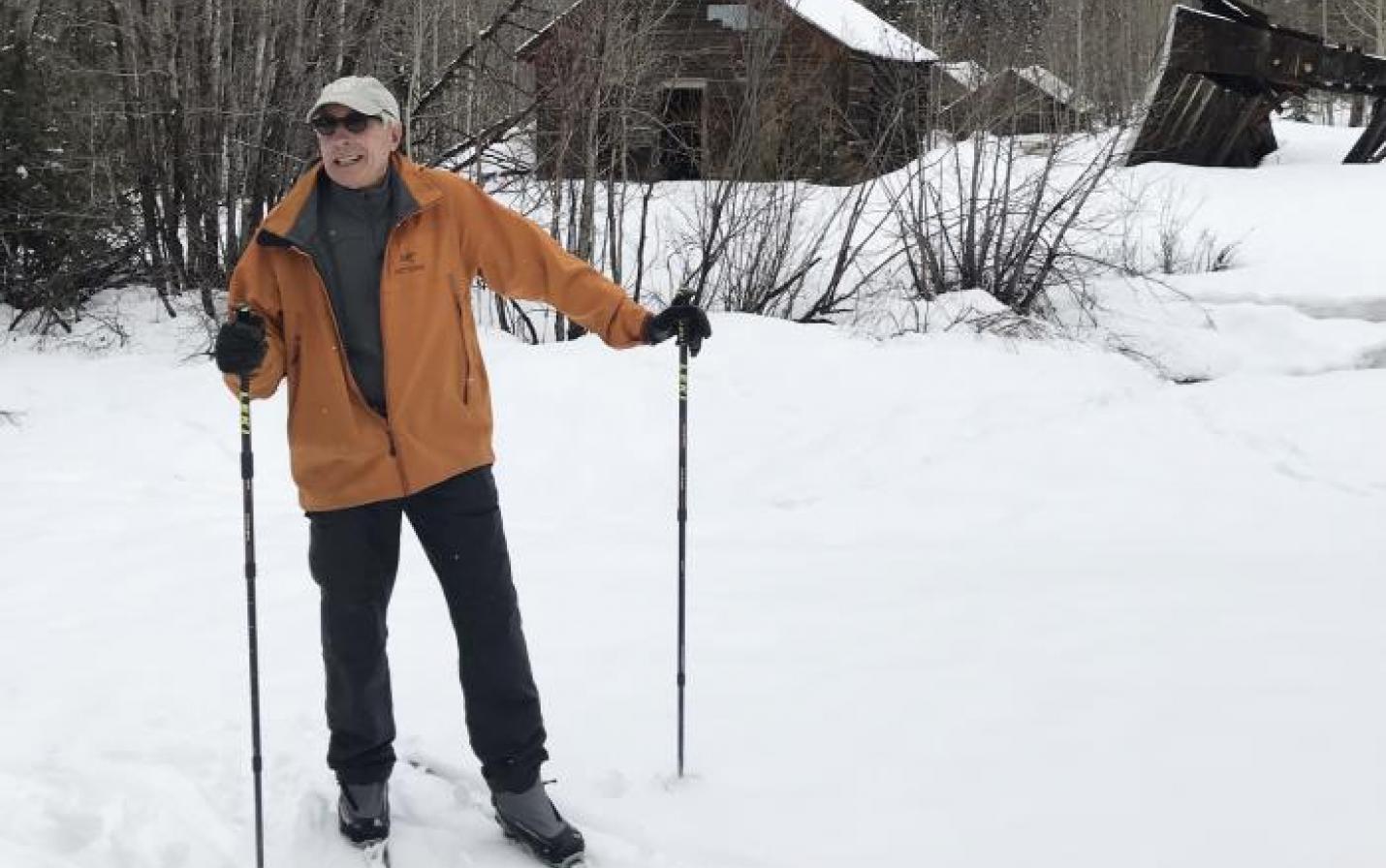 How painful it was to write about cross country skiing when, in mid-January, the ground was brown and the temperature at 40 degrees. Still, there was hope; we who love winter cling to the possibility of a sudden change in snow fortunes given the experiences of such rapid swings in recent years attributed to our changing climate.

With that hope in mind, and given some recent bursts of snow, I offer this guide to skiing lands that Mississippi Valley Conservancy makes available for fun and fitness in snow time. This is do-it-yourself skiing since the trails are not tracked. But, for me, that just adds to the fun and the calories burned as I set a track by skiing the route. This can be arduous in deep snow, but that's the idea, isn't it, a little fat-burning cardio? Get out there and do it.

Earlier this winter, when a thin coating of white teased us in downtown La Crosse, I tossed skis, poles and boots in the cartop carrier, and headed for New Amsterdam Grasslands north of Holmen. the NAG is my go-to place in such conditions because the mowed firebreaks around the perimeter of the 310 acres of prairies make it possible to ski on even a few inches of snow cover that I found on that day. You can do as much of the two-mile loop as you like and you've worked up a good sweat by the time you return to the parking lot. Lots to enjoy out there, including observing the tracks of mice, coyotes, voles and other critters and having the feeling, in the bottom of one of the swales, you are alone on an ancient landscape. It was easier to have that feeling before the dang power lines were built a few years ago. But never mind, it's still a beautiful place. To get there, follow Hwy 53 north to exit MH. Exit right and follow to stop sign. Turn left on to MH and follow to XX. Turn right on XX and follow in to New Amsterdam. Turn right on to Old NA and follow for approximately ½ mile to the trailhead which is on the left.

In most conditions, these trails are not suitable for skate skiing. Traditional kick and glide gear can get you around just fine, either waxable or waxless, but I prefer the waxless after many years of fussing with waxing, especially on those early years with wooden skis.  My gear includes steel edge backcountry skis and boots and adjustable poles so I can both kick and glide, albeit more slowly than on lighter skinny skis, and switch to downhill telemark turns on slopes.  MVC offers some terrain where that's possible, too, if you can control your speed on downhills, some of them old logging trails, some on more open slopes. When we get deep, powder snow, these include:

Except for the Sugar Creek site, most of these places will involve long climbs on skis, requiring good technique, including doing the herringbone and, under some deep snow conditions, skins -- the fabric strips that stick to the bottom of your skis allowing you to climb without slipping (mostly). I cut up used skins my son salvages from his backcountry skiing in Colorado.

The rules for these ventures are simply to know your ability and, as my friend Pat puts it, avoid damaging any oaks. These deep snow conditions are rare here, so when they come you have to be ready to go after it... beat the snow shoers and hikers who can pack down your routes. The protocol for the trails is for hikers and those on snow shoes to avoid a ski track if possible and for skiers to set their track to one side of the trail.

In any snow condition, the NAG remains my favorite ski place, at any time of the day, but especially in late afternoon when, with luck, a ray of golden sunshine turns a field of dried big bluestem and indian grass stalks to glowing reddish gold.

Dave Skoloda is a journalist and a volunteer board member for Mississippi Valley Conservancy. In the photo above he's cross country skiing at Red Mountain in Colorado.