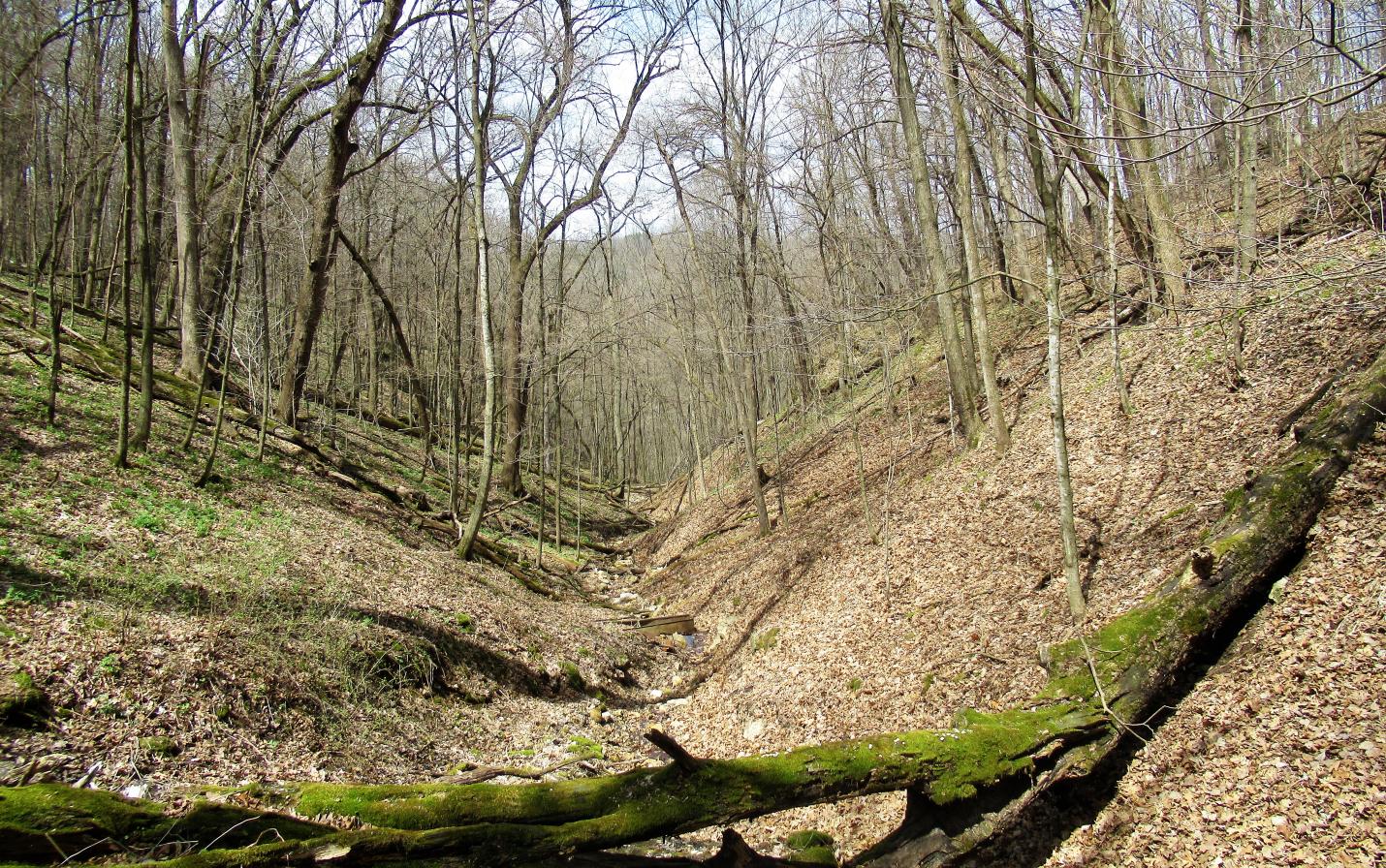 PRAIRIE DU CHIEN, WI – Through the abundant wildlife, spectacular scenic vista, and rich history, Crawford County has inspired generations of residents and visitors alike. Yet over time, that history sadly includes the loss of wildlife habitat. Here is one story about the determination of local land trust Mississippi Valley Conservancy to save a critical piece of land north of Prairie du Chien.

The Conservancy acquired 108 acres of scenic wooded Mississippi River bluffland this week in a transaction conservation director Abbie Church describes as “looking like an impossibility until the selflessness of a local conservationist stepped in to help; we are so fortunate to have like-minded supporters.”

An urgent email came through, ironically, on April Fool’s day from Wisconsin DNR conservation biologist Craig Thompson. According to Craig, one of the last remaining undeveloped Mississippi River blufflands adjacent to the Limery Ridge Savanna State Natural Area was about to be sold at auction.

The auction was scheduled for May 7th, leaving just over one month to explore the site and secure funding and even then, with the unpredictability of auctions, there was no assurance that our efforts would be rewarded, said Church. The more we explored and learned about the natural resources on the site, the more important the acquisition became. We were nothing short of overwhelmed with the prospect of seeing this ecologically significant opportunity arise, without the means to act. At the same time, interest was high from area logging companies, with an eye to the mature oak and walnut on the site.

And then, a solution appeared. A supporter of the conservancy, upon hearing about the ecological importance of the property, offered to step in as a conservation buyer to bid at auction and finance the purchase. The only requirement was that the involvement remain anonymous. “We were floored by the incredible generosity of the conservation buyer,” said Tyser, “and the rest, as they say, is history.”

On May 7th, after tense hours as the online auction progressed, the conservation buyer and Conservancy staff phones erupted in celebration as the buyer was the winning bidder. The closing paperwork was prepared, the offer to purchase was assigned to the Conservancy, and on August 21st, the deed was signed.

Earlier in 2020, a report was issued showing the global decline of many songbirds due to habitat loss. “Geographically, Mississippi Valley Conservancy is uniquely poised to help conserve those habitats, especially with the importance of the Mississippi River migratory flyway and the need for stopover sites for the birds,” said Tyser, who is also a conservation biologist.

An early morning June hike on the property revealed at least 36 different species of migratory birds using the site, including the state threatened cerulean warbler. According to the Cornell Lab of Ornithology, cerulean warbler numbers have dropped by 72% since 1970.

Church added that some of the key requirements for songbird populations are large blocks of connected habitat. “The newly acquired land provides that, with its adjacency to the 205-acre DNR-owned Limery Ridge Savanna State Natural Area. For many forest-nesting birds, the structure of the forest canopy is an important factor, as well as the native biodiversity to provide food sources,” she said. The prevalence of large, mature oak is especially favored by species such as the cerulean warblers. Songbird protection is not the only benefit of the acquisition. The forest helps slow water runoff to prevent flooding, and the trees sequester and store carbon dioxide from the atmosphere. The property also preserves archaeological features such as effigy mounds, cliffs, caves, springs, and prairies.

Aldo Leopold, the father of wildlife conservation famously said, “to keep every cog and wheel is the first precaution of intelligent tinkering.” Through the acquisition and conservation of this land, even if all the plants or animals using the property and how they interact are not yet known, Conservancy staff are confident the protected habitat will continue to serve as a safe haven for them. “All species are closely interconnected and vital to a healthy environment, not just for wildlife but for people as well,” added Church.

Scenic views of the property will continue to be enjoyed by travelers on the Great River Road, thanks to the generosity of the anonymous donor. The land will soon be available for public access for hiking, bird-watching, nature exploration, hunting, and wildlife observation. The Conservancy relies on volunteer help for the maintenance of its nature preserves, including invasive species control and other forms of habitat restoration.