Grateful alumni honor those who taught them about food and farming, fifty years ago 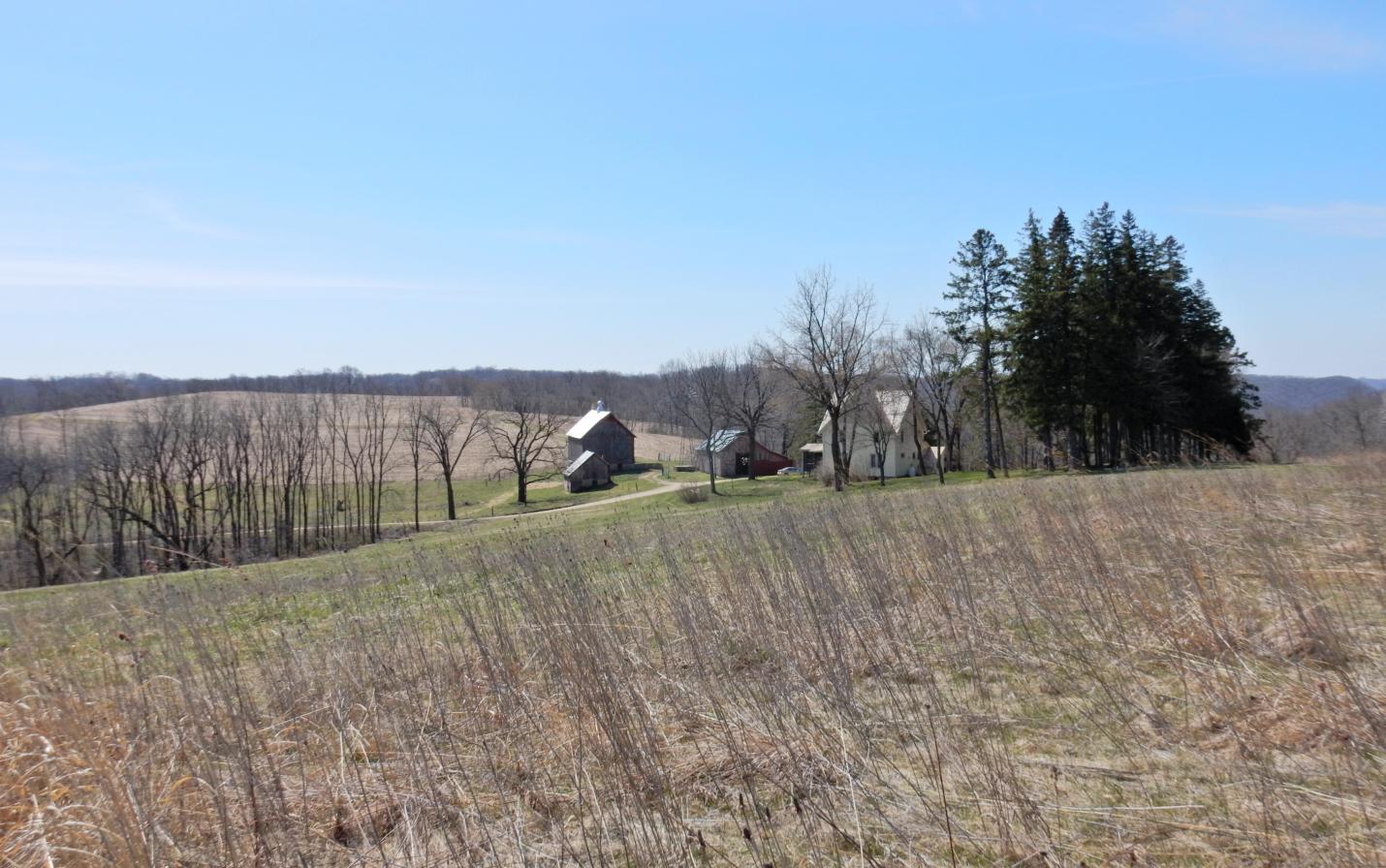 In the spring of 1971, 15 Knox College students from urban areas came to Crawford County farms for a 10-week term of rural studies led by geology professor Dewey Moore and English professor Douglas Wilson. The professors believed city folks need to know where their food comes from. So they invented a program inspired by Aldo Leopold's writing to make it so. In addition to lectures and readings, including A Sand County Almanac, the students took up farm projects and chores, met with area farmers, public officials and farm neighbors.

The students kept in touch over the years, with reunions, but this 50th anniversary year was special. It included a tribute to the professors: a donation of $6,700 was made by the former farm term students to Mississippi Valley Conservancy in their honor and framed Bluffland Guardian membership prints were presented to both professors at the event. Eleven of the students and their professors gathered at the farm near Ferryville owned by Moore and his wife Shelley Roberts, Conservancy members who protected the farm with an easement in 2009. Their farm east of Ferryville was one of three faculty-owned farms where the students stayed and worked as they studied the land and its people.

The six men stayed at the Moore farm and nine women at an old farmhouse owned by a Knox professor. The conditions were rigorous, compared with modern dorm standards; the boys slept in an attic. "We had one shower a week," one of the women recalled at the reunion.

The professors had worked 16- to 18-hour days and had help from their families to "stay one step ahead of the students," according to the book that was compiled about the experience. "They served not only as the faculty, but also as head residents, the counseling service, the business office, the food service, the library and everything else..."

And the result of the efforts was a profound effect on the lives of their students, according to the book edited by Katharine Finlayson Meyer that includes tributes written by each of the former students. "They gave us new eyes," she said during a presentation of the book and the presentation of the framed certificates of the donation made in their honor to the professors at a dinner on Dewey's shady lawn on a warm evening in July.

Conservancy members and La Crosse residents Dan and Mary Reckase, who met at the farm term and later married, helped to plan the event. Dan wrote the Farm Term theme song. Mary Mundt Reckase said in her tribute that each time she looks out "at this pastoral land" an exposed rock face "can still call to mind Dewey's voice directing me, all these years later, to look more closely at the different colored layers ..."  And, she added, a birch tree bending on a hillside reminds her of the Robert Frost "Birches" poem Prof. Wilson recited.