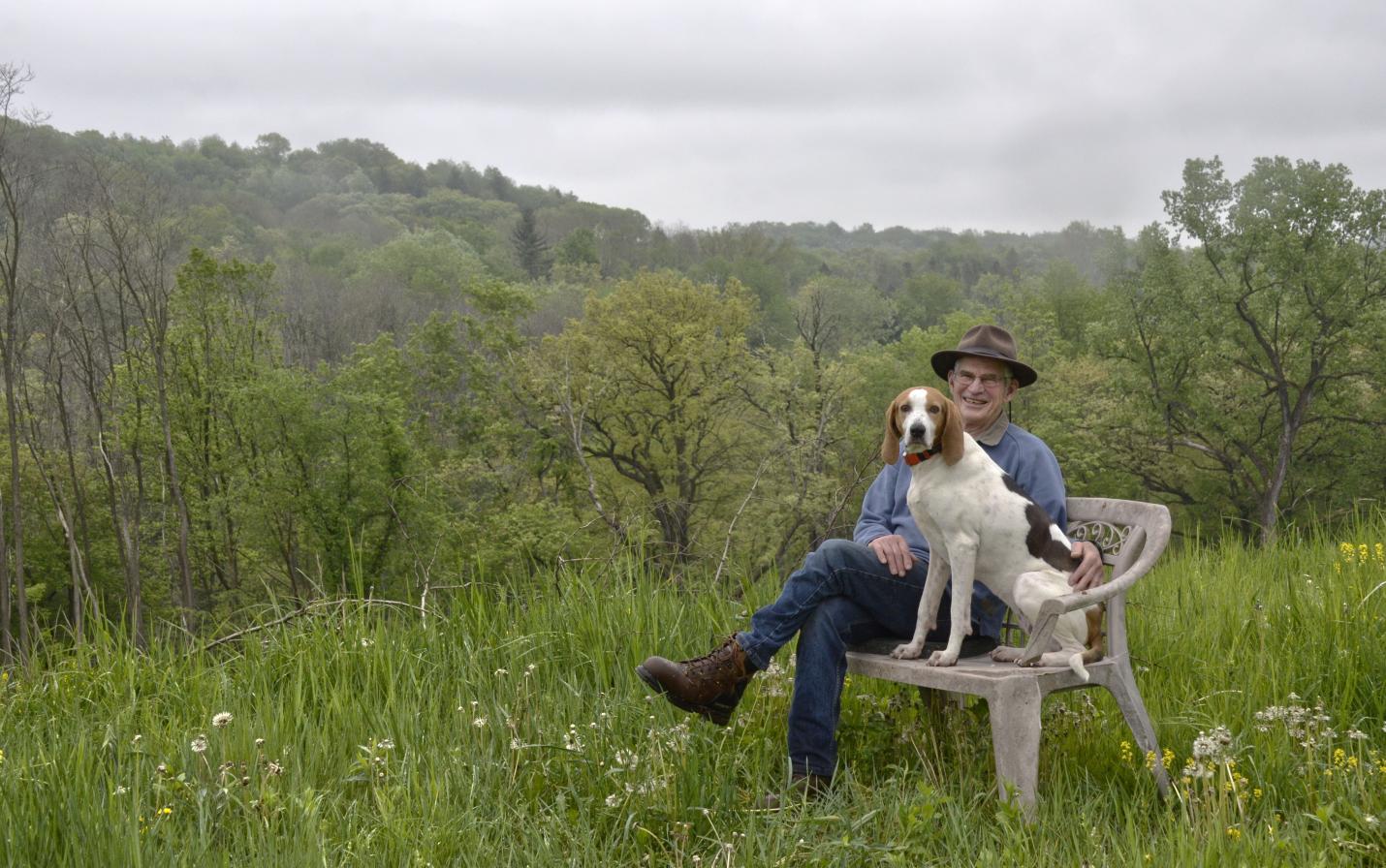 SPARTA, WI – Pete and Ginny Quirin have signed an agreement with Mississippi Valley Conservancy to add 22 acres to land already protected by a conservation easement with the Conservancy. The agreement protects the entire 110 acres from residential development, subdivision, unsustainable agricultural practices and inappropriate timber harvest.

A year ago, Diane and Charles Canniff signed a conservation agreement with the Conservancy on their 88 acres even as they were working on selling that land to the Quirins.

The easement agreement on the Canniff’s 88 acres was crafted with the Quirins participating, knowing that they were to buy the land and would soon be in charge of its ownership and management.

“Diane’s goal was to preserve this land,” said Pete. “It was pretty much in her hands, but she kept me involved.”

Carol Abrahamzon, executive director of the Conservancy said, “As climate change alters the land on which plants and animals depend for survival, it’s important that we build larger corridors of protected habitat to offer a refuge for wildlife.” She added, “That’s exactly what the Quirins are doing with this conservation protection agreement. I commend their leadership.”

Pete knew the Canniff land well even before the Quirin’s purchased it. Because the Canniffs live elsewhere, Pete was the caretaker.

The result is a 110-acre tract of undeveloped wooded bluffland, prairie, hundreds of seeps and springs, and a tributary to Big Creek, a class I trout stream. Here on the scenic ridges, the pasqueflower blooms each spring, and in the bottoms, skunk cabbage and swamp saxifrage thrive. The property, about eight miles north of Sparta, is home to a variety of wildlife including northern bobwhite and American woodcock, both bird species of special concern.

Since acquiring the Canniff’s 88 acres, Pete has supervised a large managed tree harvest of overripe white pine and is now busy replanting white oak trees. “I’ve got 500 trees in the ground,” he laughs. “It’s just a drop in the bucket. When you buy a piece of land, you buy a lot of work!”

On his original 22 acres, he has planted white oak, hickory, cherry and white pine.

According to Chris Kirkpatrick, Conservancy conservation specialist, “The work that Pete is doing to both conserve and care for his land will have positive impacts on the Driftless Area in the decades to come.”

Said Pete, “I hope I can start something in this neighborhood. I hope I can get a couple of my neighbors to do the same thing. I want to use my example to spread the word.”

Every conservation easement Mississippi Valley Conservancy accepts is unique to the specific property and the wishes of the landowner for the future of the land.

Pete thinks about the land, who will own it and care for it in the future.

“It’s not about the money,” he said. “Most important to me is who can take care of it.” 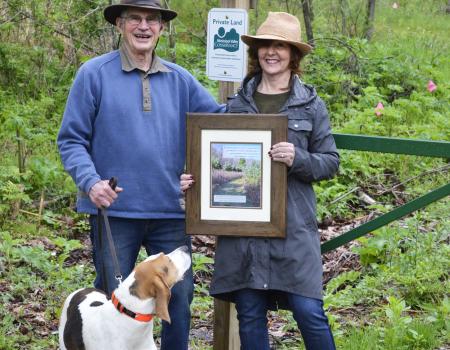 No two conservation easements are alike

Pete and Ginny Quirin hope to "start something in the neighborhood"
A conservation easement is considered the nation’s highest form of legal protection to permanently conserve land and natural resources. It's a voluntary legal agreement between a landowner and a land trust. Each one is tailored to the landowner's priorities and the natural resources that need protection. The easement limits future uses of a property to prevent activities like residential development, subdivision, and mining while allowing for traditional uses such as wildlife habitat, forest management, or agriculture. Do you have a special property that needs protection?
Learn more