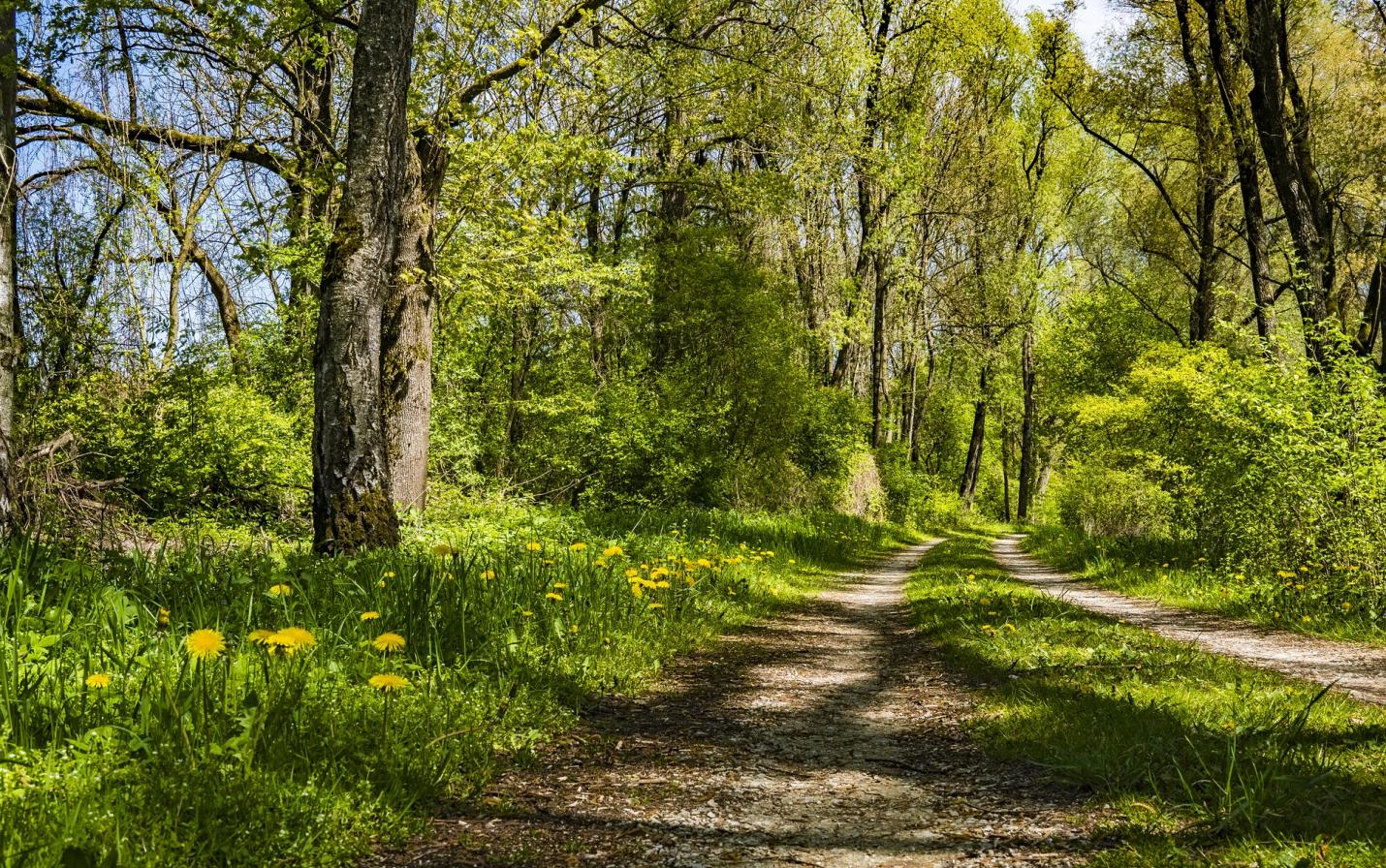 There are days when loving nature and being human seem like incompatible actions. As an avid hiker, I think a lot about how my enjoyment of the natural world is the practice of leaving scars. My boots are one pair of hundreds that erode the soil, trample the plants, spread invasive species and generally ruin the landscape. If I look too closely, my beloved hobby looks more like an act of desecration than one of adoration.

In his novel On Trails, Robert Moor, a thru-hiker fascinated by the formation of paths and path makers, explores the question at the core of my moral crisis: what exactly is a trail and where do they come from? To explore these questions he pulls from history, literature, biology, philosophy, and personal experiences. He expands the story of trail-making beyond just humans digging a rut, inviting the reader to consider the creatures sculpting the earth alongside us.

Moor begins in the deep past with the first trails ever recorded. In Newfoundland, small, nested arcs, preserved in sediment, clue us into why life, in this case, an ancient Ediacaran species, bothered to uproot in the first place. Contrary to initial theories that life was set in motion by a desire for food or a mate, paleontologists think the pathways document a story of return. Knocked from their anchor rocks, these individuals dragged themselves back up onto their solid perch, indenting the seafloor as they went. “In the end – or rather, in the beginning – the first animals to summon the strength to venture forth may simply have wanted to go back home.” Moor points out that the first trails ever made were not created by ambitious monsters, reaching out to exploit and damage the earth for the sake of exploration or ownership. Trails began because of a primal yearning to return to the familiar.

Moor continues by looking at ant trails, chemical promises that chant “this way to the food!” Successful forager ants leave behind a trail of pheromones that become stronger and more certain as fellow colonists follow the hunch. This is the way that “a trace begins to evolve into a trail.” Moor hypothesizes that wordless conversations like these are the key to any type of trail formation, especially human trails. As the dialogue and debate continue, questions and answers slowly etch a consensus into the earth, the same democratic way we etch out any judgments, suggestions, and decisions.

By drawing these connections between animal trail-making and human trail-making, Moor cracks open the stereotypical vision we have of trails. They don’t just go from point A to point B – trails share information, preserve a choice, document a history. When Moor turns his investigation back to his own species, diving into the experiences of indigenous cultures, he shows the reader that trails exist in our language as well as on the earth. In cultures with deep storytelling traditions, language and narrative are both designed with landscape at the center. “Stories don’t unfold abstractly,” he explains, “they take place.” Legends and lessons are encoded with references to the landscape – canyons act as reminders to Cherokee children to respect their parents, Apache cowboys list landmarks aloud so they can “ride in their minds.” Our words document the trails the same way our steps do.

My concern with harming the earth is a valid one, but Moor would call my reaction dramatic. Vowing to never hike again was based on a narrow definition of trail-making: a greedy, ambitious claiming of the earth that tramples over the value of the land. But trails are not scars. Trails are stories. Narratives are preserved as a path, a river, a route up the side of a canyon or a paved trail between home and the grocery store. Trails become our history, so we must choose our footsteps carefully. Moor’s definition opens up a new way to reflect as we enjoy the landscapes we cherish. What story is my footsteps endorsing? What am I leaving behind for the next hiker? The next generation? The other species who share this landscape? Stories are inevitable, but we decide their shape.

Alison Obright is a student of environmental literature at the University of Wisconsin-La Crosse.