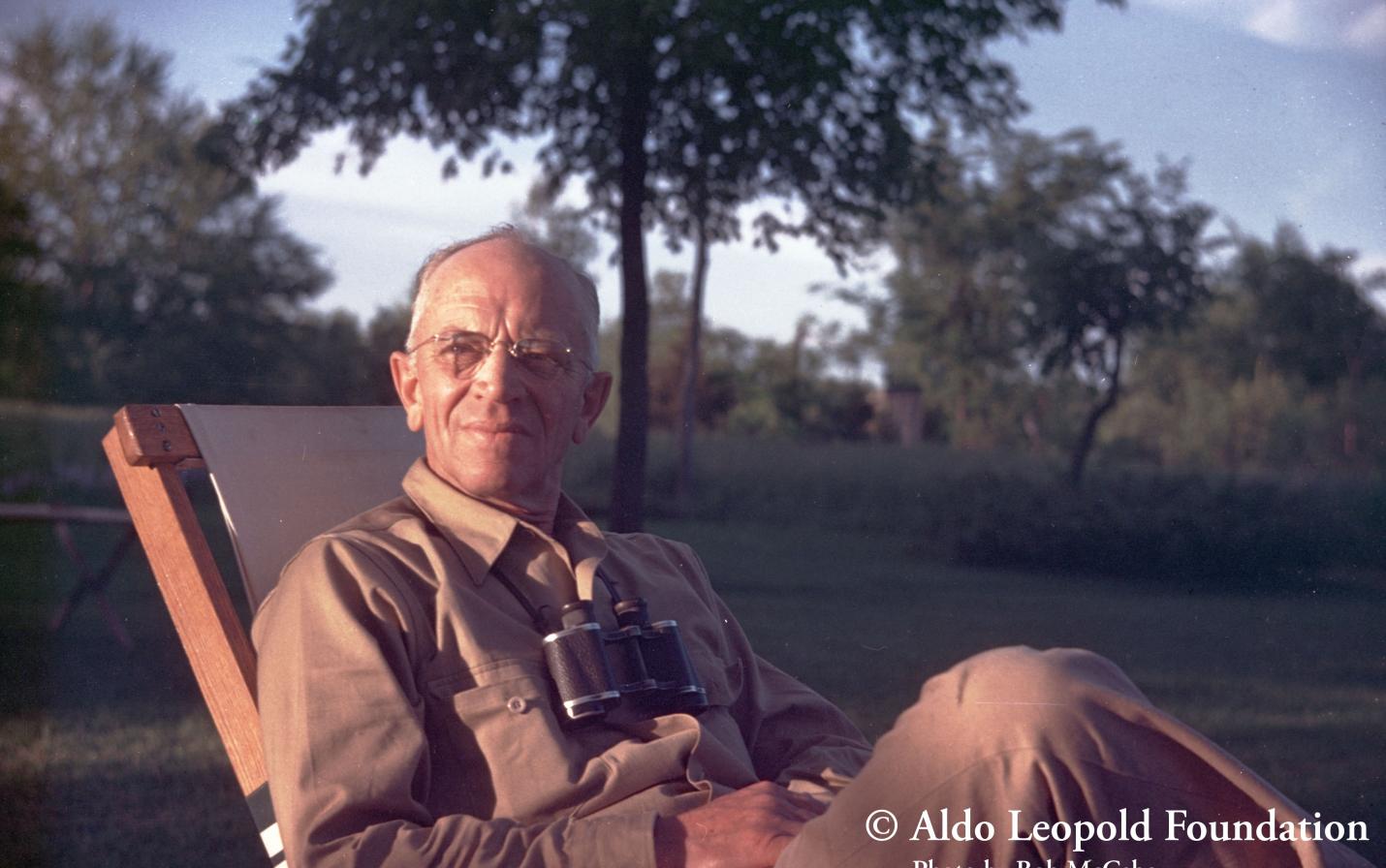 I have lived with Aldo Leopold’s A Sand County Almanac for years, listening to his monthly ecological reflections on tape, read by former Secretary of the Interior, Stewart Udall. I have absorbed many of the phrases and much of the sensibility and sensitivity to the land that Leopold’s writing inspires. Now a new edition of ASCA is here to re-inspire readers, with an introduction by famed ecological novelist and essayist, Barbara Kingsolver. Re-issued by Oxford University, which published the first edition in 1949, and sponsored by the Aldo Leopold Foundation in Baraboo, Wisconsin, this edition gives a new generation of readers the opportunity to drink from the source of some of the best ecological thinking and writing of the twentieth century.

Essays like “Thinking Like a Mountain” and “The Land Ethic” have shaped environmental policy and the broader culture. Leopold’s insights have also influenced more than a generation of great writers and thinkers. Pulitzer Prize-winning novelist and conservationist, Wallace Stegner, quotes Leopold and synthesizes many of his insights in his own ecological reflections. In one of his inimitable essays, Stegner recalls watching a poisoned hawk die, which calls to his mind Leopold’s famed description of a dying wolf.

Tastefully illustrated with many of the same woodcut-like drawings (by famed conservationist and wildlife artist, Charles W. Schwartz) that graced the first, the new edition is a joy to hold and read. Kingsolver’s characteristically direct and no-nonsense introduction situates ASCA right in the middle of today’s fraught discussions of the environment, calling it “a civic hand grenade” because of the strong and polarized responses that it evokes.

When I read Leopold, it calls to mind that iconic picture of Leopold, sitting outside his “shack,” with binoculars around his neck, his sturdy shirt and open collar suggesting he is about to set off – or has just returned from – an invigorating tromp around his Sauk County, Wisconsin farm. He purchased the farm in 1935 when its soil had been depleted by poor farming techniques and outright neglect. One can imagine Leopold’s “land ethic” growing directly from his interaction with those depleted acres; acres that he and his family planted with trees and other “flora” to renew or increase – a favorite Leopold phrase – its “biotic capital.”

Part II, “Sketches Here and There,” highlight lessons that Leopold learned through his travels. The section on Wisconsin shows the greatest love, but those on “Illinois and Iowa,” “Arizona and New Mexico,” “Chihuahua and Sonora,” “Oregon and Utah,” and “Manitoba” also contain valuable observations and insights derived from Leopold’s life in the United States Forest Service and later as a wildlife management professor.

In Part III, ‘The Upshot,’ Leopold explores broader themes in conservation. “Conservation Esthetic,” critiques the country’s growing appetite for outdoor recreation, and wears well more than sixty years after it first appeared. “The Land Ethic” is an ambitious, capstone essay that calls for “moral responsibility for the natural world.” Conservation, he says, “is a state of harmony between men and the land.” Like Henry David Thoreau, Leopold was a visionary, many of the practical details of whose vision he left for future generations to fill out.  And now it is we who are the future generations.

ASCA requires a certain attitude toward nature in order to be fully appreciated. As Leopold himself says, growth in perception is called for. For that reason, some may find the book tedious or excessively tendentious. But that merely shows how far down the road toward accepting despoliation of our environment we have traveled. Yet it is a book that can still restore such a “receptive” attitude toward nature, because of the attentive observations and reflections, which are the heart of its perennial appeal.

The new edition is available through the Aldo Leopold Foundation’s online bookstore.

Ed Block is Emeritus Professor of English at Marquette University in Milwaukee, Wisconsin.