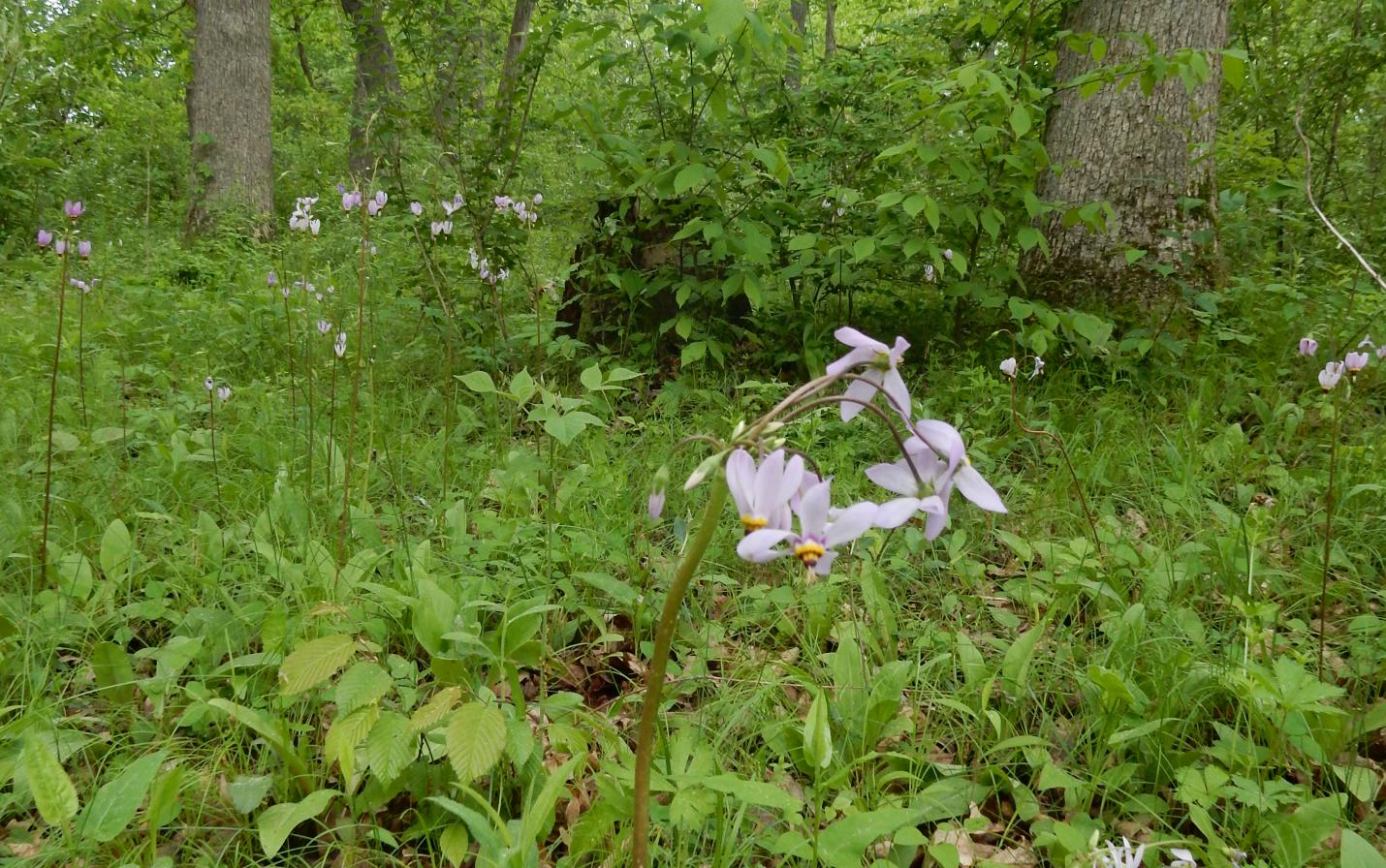 Kickapoo Cavern’s 83-acres includes mature oak and hickory forest intermixed with oak savanna, native remnant prairie, limestone cliffs and rock outcrops. The site was originally a commercial show cave and tourist attraction, though the owner, the late Delores Gaidowski, took great care to protect the wildlife and habitat of the site. Delores’ daughter, Carole Porter was thrilled to be able to work with the Conservancy to honor her mother’s wishes to find a like-minded steward for the future of the site. The land was transferred into the Conservancy’s ownership on August 25, 2017.

Kickapoo Caverns includes one of Wisconsin’s longest natural cavern systems just west of Wauzeka, Wisconsin. The site features a stunning limestone cavern system includes an underground pool, beautiful cave formations, and most importantly, provides hibernacula for the federally threatened northern long-eared bat and state-threatened little brown bat and eastern pipistrelle. Bats utilize river corridors for migration and the Caverns are located just a few miles north of the Wisconsin River, west of the Kickapoo River and nine miles east of the Mississippi River. In addition to the bats, the land is also home to other rare species, including the state-threatened cerulean warbler and state-listed special concern prairie ringneck snake.

The Caverns will be featured at guided tours and special events and closed during the hibernation season August 15 through May 15. Check our events page to learn when tours or special events are scheduled. Sign up for our newsletter for conservation updates and more ways to get involved.