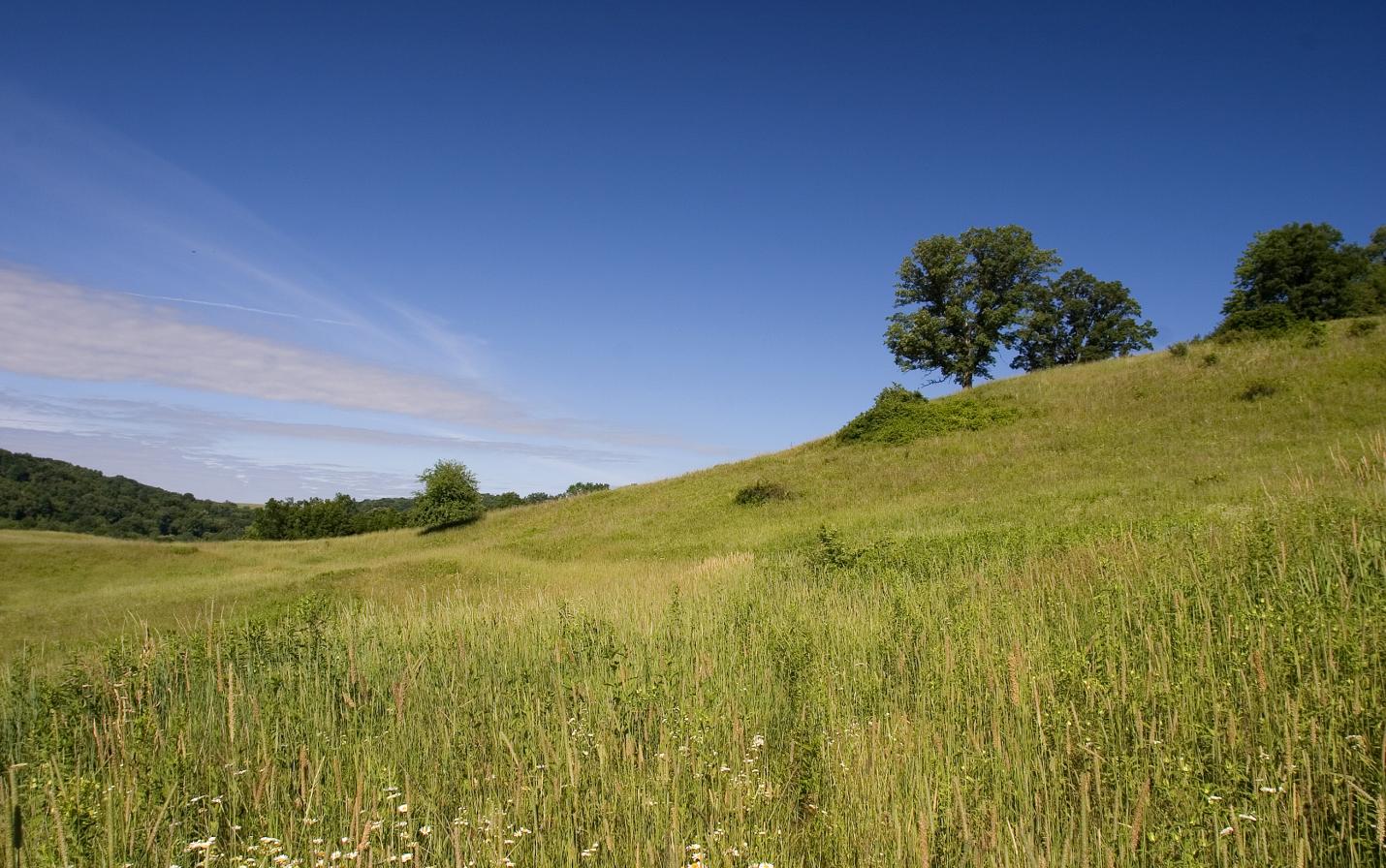 Mississippi Valley Conservancy permanently protected Tunnelville Cliffs in May 2005. The DNR designated the site as a State Natural Area in 2006.  Among the many noteworthy features of Tunnelville Cliffs State Natural Area are east facing Cambrian sandstone cliffs with seepages at the base, the Kickapoo River and an associated wetland, a small goat prairie, wooded ridges and a hilltop with a fantastic overlook of the valley. This is a great property to visit any time of the year with wildflowers and sand hill cranes in the spring, the lush greenness of summer, changing colors of fall, and icicles on the cliffs to see in the winter. It also has two excellent stargazing locations that are shown on the trail map. The property is part of the proposed Kickapoo Valley Dark Sky Park.

In December 2009, the Babson family, former owners of the Chicago-based Surge milking machine business that was part of the modernization of dairy farming, donated to Mississippi Valley Conservancy 1,118 acres on the Kickapoo River north of Viola in Vernon County. The site includes springs, creeks, over 9,000 feet of frontage on the Kickapoo River, forests, cliffs, prairie, sedge meadow, and open grasslands.

In May 2013, the Babson family donated a conservation easement on 983 additional acres. In addition, two other adjacent landowners donated conservation easements on their properties. The Conservancy now has 2,278 contiguous acres protected on the Kickapoo River—a total area larger than 43 of Wisconsin’s state parks.

Kings Point Farm was an astonishing gift that gives further protection to important ecological features and wildlife as well as increasing public access to this spectacular part of the Wisconsin landscape. The Babsons' initial donation, appraised at $2.5 million, is the largest gift of land received by the MVC since it was started in 1997, and the 2013 conservation easement is the Conservancy's largest ever. The Conservancy's president Patrick Caffrey said, "I think I can speak for all the people of Wisconsin in expressing our gratitude to the Babsons for their splendid gifts."

Jean Babson said her late husband, James Babson, who served as president of Babson Brothers Company, bought farms in the area some 35 years ago and consolidated them into a grazing operation with as many as 1,000 head of beef cattle. She has happy memories of the family and friends gathering at the cabin they built on a ridge high above the Kickapoo in 1971. The family is keeping the cabin and some of the surrounding property, which is now under a Mississippi Valley Conservancy conservation easement.

Jean Babson and her husband lived in the Chicago area where the company was headquartered.  "James Babson had vision, had a love of the land. The whole place meant a lot to (him)...not just the cattle, but being here. It’s such a beloved part of the country that meant so much to me and (my husband), and it’s nice to know its going to be in good hands.”

In the spring of 2010, the Conservancy conducted its largest-ever prescribed burn on the property to restore some of the rare native habitat, including oak savanna.

The initial 1,118-acre portion of the Kings Point Farm is open for public access, including hiking, hunting, trapping, fishing, snowshoeing and bird watching. Various guided hikes for the public have occurred on the land.

The 983-acre conservation easement portion remains under the private ownership of the Babson family, although it is permanently protected by the Conservancy from unsustainable development and mining. This portion of the farm is not open to the public, and it remains on the tax rolls.

TV news stories about this project

Find Nature's Treasures at each of these trails:

Note that there are multiple access points to this land, as well as two different hiking trails. See trail map for details.